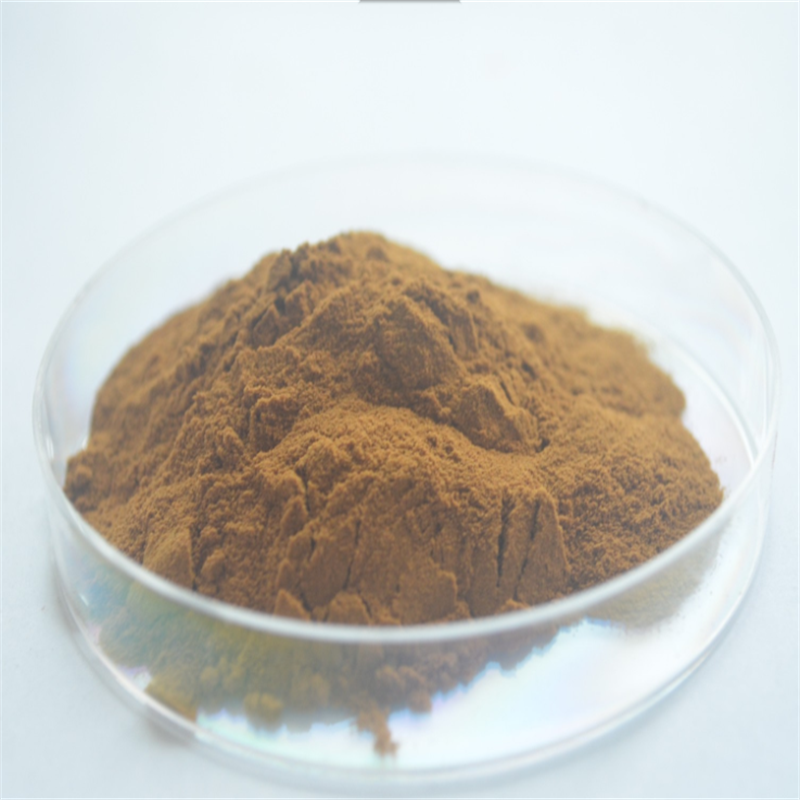 Aloe Extract is the concentrated and dried sap of the leaves of the Liliaceae plant Aloe barbadensis miller, Cape of Good Hope aloe ferox miller or other related plants of the same genus.

Aloe has stomachic and laxative effects, mainly because aloe contains aloe-emodin, aloening, aloe mitin and other effective ingredients. It has the functions of invigorating the stomach and diarrhea, increasing appetite and diarrhea of ​​the large intestine. Aloe-emodin glycosides are derivatives of anthraquinone glycosides. Has a stomachic effect. Aloe-emodin is released in the intestine to play the role of stimulating diarrhea, and the main part of action is in the large intestine. It has obvious therapeutic effect on many kinds of constipation.

Studies have found that aloe vera gel, a sticky substance contained in aloe vera, has a strong anti-cancer effect. The active ingredients of aloe can prevent the activity of cancer factors and are effective against cancer. The active ingredients of aloe can not only prevent the growth of cancer cells, but also kill bacteria and neutralize exotoxins. Many scholars have further researched and found that this highly anti-cancer substance is aloimiazine, named aloin-A, which is a polymer glycoprotein with a relative molecular mass of 18,000. Aloe vera anti-tumor research in my country has found that aloe alcohol extract and aloe vera can significantly improve the immune function of the body. Aloe is a promising new anti-cancer drug. The clinical application of aloe in the treatment of liver cancer, gastric cancer, and uterine cancer has produced unexpected results. Curative effect.

The aloin and aloe bitterin contained in aloe vera have the effect of beautifying the skin in many aspects, and have certain effects in moisturizing, anti-inflammatory, antibacterial, anti-itching, anti-allergic, softening skin, anti-acne, anti-perspirant and anti-odor. It has a strong absorption effect and prevents skin burns. Aloe contains a variety of ingredients that eliminate superoxide free radicals, such as superoxide dismutase and catalase, which can make the skin tender and elastic, and have antiseptic and anti-aging effects. Aloe vera gel is a natural sunscreen ingredient, which can effectively inhibit the ultraviolet rays in the sun, prevent pigmentation, and keep the skin white. Studies have found that aloe vera can make the skin astringent, soften, moisturize, reduce inflammation, relieve hardening, keratinization, and improve scars.

The research results show that polysaccharides from aloe vera confer resistance to any diseased nest in the body, so as to enhance their own strength to fight against germs and speed up the treatment effect. According to reports, the good therapeutic effect of aloe polysaccharides on cancer is mainly by improving the function of the human immune system: the aloin and polysaccharides in aloe can strengthen heart function, promote blood circulation, soften hardened arteries, and lower cholesterol. Value, expand capillaries, normalize blood pressure, and have certain preventive and therapeutic effects on arteriosclerosis and hypertension.